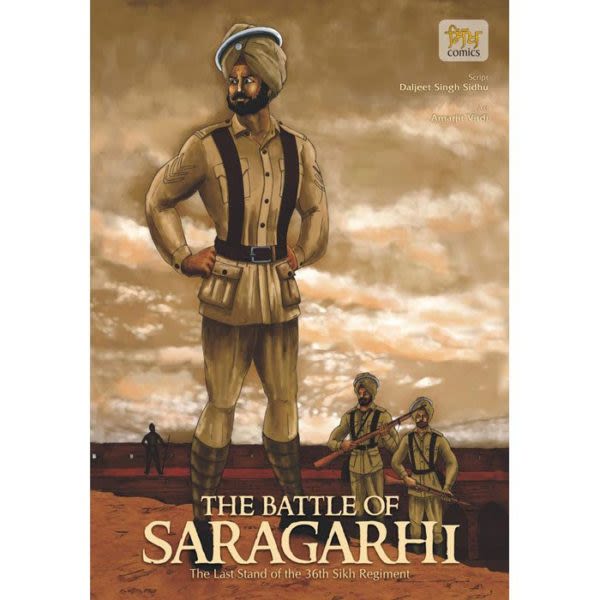 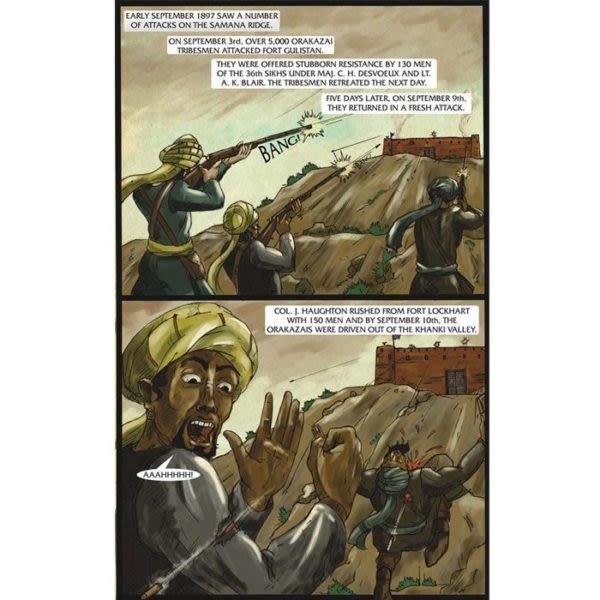 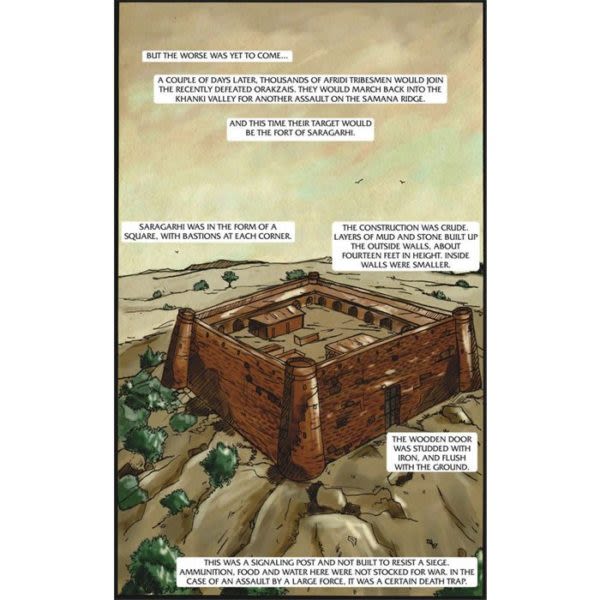 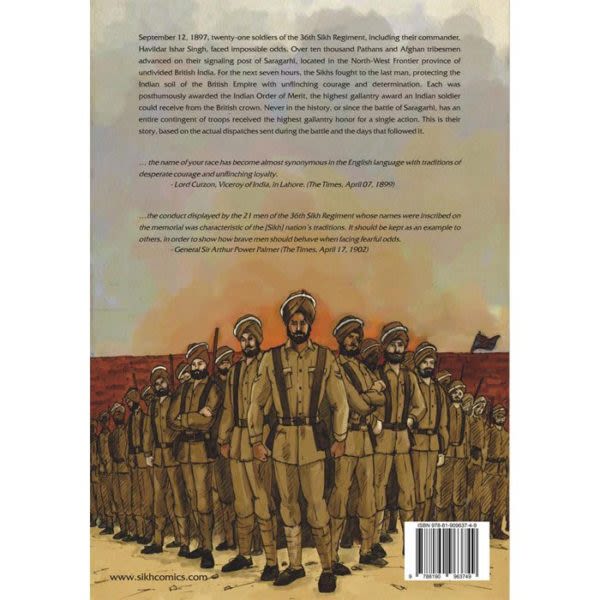 The Battle of Saragarhi Comic

Do you know about the Battle of Saragarhi which was fought on 12 September 1897 between twenty-one Sikhs of the 36th Sikh Regiment of British India, defending an army post against 10,000 Afghan and Orakzai tribesmen.

When the story of Saragarhi was recounted to the Parliament of the United Kingdom, it drew a standing ovation from the members and the following was noted.

“The British, as well as the Indians, are proud of the 36th Sikh Regiments. It is no exaggeration to record that the armies which possess the valiant Sikhs cannot face defeat in war.”
— Parliament of the United Kingdom

This 40 page Graphic Novel produced by Sikh Comics depicts the courageous Sikhs during the Battle of Saragarhi. This detailed graphic novel draws the reader into the true story and it is a great interactive resource for children and adults alike to learn more about our beautiful Sikh history.