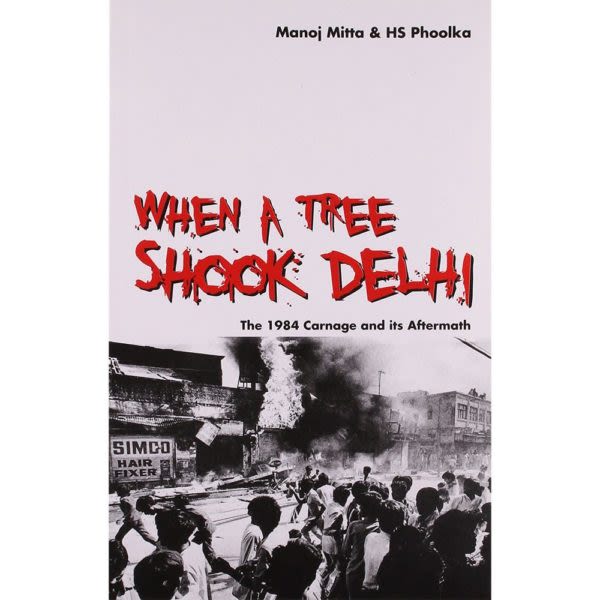 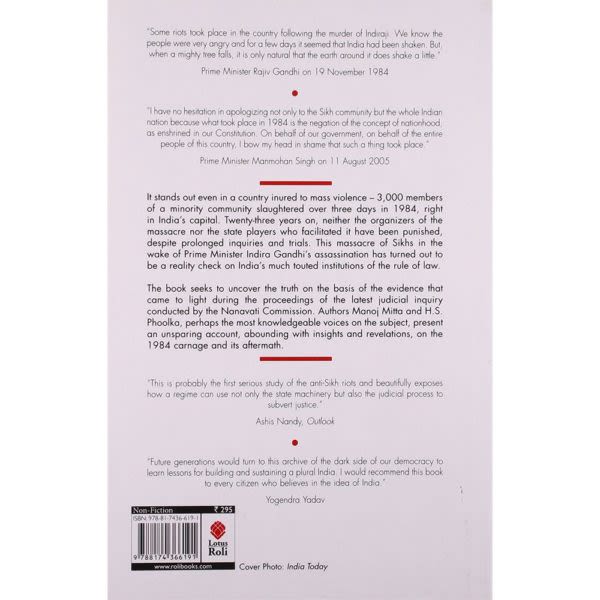 When a tree shook Delhi: The 1984 Carnage and its Aftermath

Three thousand members of a minority community slaughtered over three days in 1984, right in India s capital. Over twenty-three years on, neither the organisers of the massacre nor the state players who facilitated it have been punished, despite prolonged enquiries and trials. This massacre of Sikhs in the wake of Prime Minister Indira Gandhi s assassination has turned out to be a reality check on India s much touted institutions of the rule of law. Responding to the findings of the latest judicial enquiry conducted by the Nanavati Commission, Prime Minister Manmohan Singh conceded in 2005 that we still do not know the truth . The book seeks to uncover the truth on the basis of the very evidence that came to light during the proceedings of the Nanavati Commission. Authors Manoj Mitta and H.S. Phoolka, perhaps the most knowledgeable voices on the subject, present an unsparing account, abounding with insights and revelations, on the 1984 carnage and its aftermath

1 review for When a tree shook Delhi: The 1984 Carnage and its Aftermath