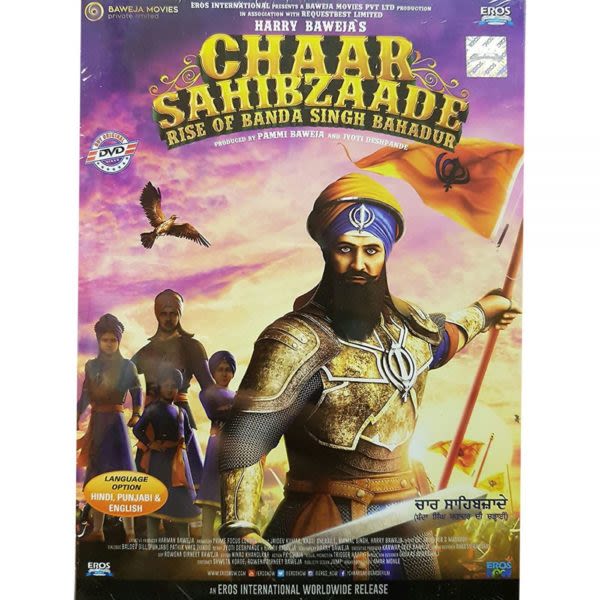 Chaar Sahibzaade 2: Rise of Banda Singh Bahadur is a 2016 Punjabi 3D animated film, directed and produced by Harry Baweja. It is a sequel to the 2014 film Chaar Sahibzaade. A profound and courageous story on how Guru Grace changed Banda Singh Bahadur in and out and enabled him to lead Sikh army to Punjab province to establish righteousness and equality in the state and to punish the Mughals who martyred the four sons (Chaar Sahibzaade) of Sri Guru Gobind Singh JI along with thousands of innocent Sikhs and Hindu’s, under their slaughterous rule.